A note on LSTM Networks

Recurrent neural networks address this issue. They are networks with loops in them, allowing information to persist. 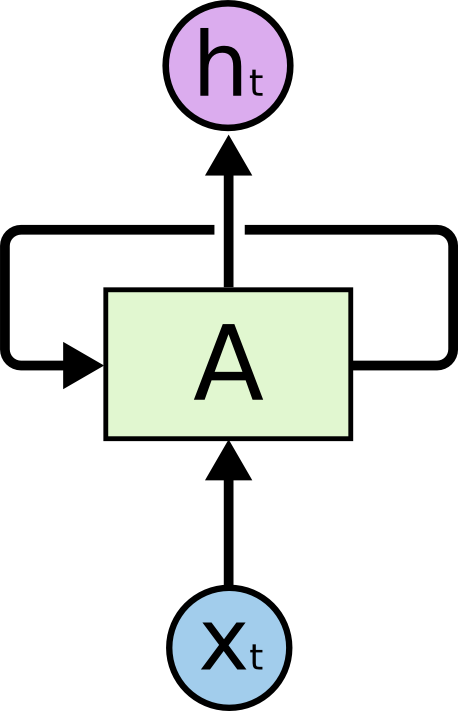 In the above diagram, a chunk of neural network, *A*A, looks at some input *xt*xt and outputs a value *ht*ht. A loop allows information to be passed from one step of the network to the next.

This chain-like nature reveals that recurrent neural networks are intimately related to sequences and lists. They’re the natural architecture of neural network to use for such data.

An RNN works like this; First words get transformed into machine-readable vectors. Then the RNN processes the sequence of vectors one by one.

Processing sequence one by one

While processing, it passes the previous hidden state to the next step of the sequence. The hidden state acts as the neural networks memory. It holds information on previous data the network has seen before.

The tanh activation is used to help regulate the values flowing through the network. The tanh function squishes values to always be between -1 and 1.

Tanh squishes values to be between -1 and 1

When vectors are flowing through a neural network, it undergoes many transformations due to various math operations. So imagine a value that continues to be multiplied by let’s say 3. You can see how some values can explode and become astronomical, causing other values to seem insignificant.

A tanh function ensures that the values stay between -1 and 1, thus regulating the output of the neural network. You can see how the same values from above remain between the boundaries allowed by the tanh function.

So that’s an RNN. It has very few operations internally but works pretty well given the right circumstances (like short sequences).

Recurrent Neural Networks suffer from short-term memory. If a sequence is long enough, they’ll have a hard time carrying information from earlier time steps to later ones. So if you are trying to process a paragraph of text to do predictions, RNN’s may leave out important information from the beginning.

So in recurrent neural networks, layers that get a small gradient update stops learning. Those are usually the earlier layers. So because these layers don’t learn, RNN’s can forget what it seen in longer sequences, thus having a short-term memory.

LSTM’s and GRU’s as a solution

LSTM ’s and GRU’s were created as the solution to short-term memory. They have internal mechanisms called gates that can regulate the flow of information.

These gates can learn which data in a sequence is important to keep or throw away. By doing that, it can pass relevant information down the long chain of sequences to make predictions. Almost all state of the art results based on recurrent neural networks are achieved with these two networks. LSTM’s and GRU’s can be found in speech recognition, speech synthesis, and text generation. You can even use them to generate captions for videos.

An LSTM has a similar control flow as a recurrent neural network. It processes data passing on information as it propagates forward. The differences are the operations within the LSTM’s cells.

These operations are used to allow the LSTM to keep or forget information. Now looking at these operations can get a little overwhelming so we’ll go over this step by step.

Gates contains sigmoid activations. A sigmoid activation is similar to the tanh activation. Instead of squishing values between -1 and 1, it squishes values between 0 and 1. That is helpful to update or forget data because any number getting multiplied by 0 is 0, causing values to disappears or be “forgotten.” Any number multiplied by 1 is the same value therefore that value stay’s the same or is “kept.” The network can learn which data is not important therefore can be forgotten or which data is important to keep.

Sigmoid squishes values to be between 0 and 1

Let’s dig a little deeper into what the various gates are doing, shall we? So we have three different gates that regulate information flow in an LSTM cell. A forget gate, input gate, and output gate.

To update the cell state, we have the input gate. First, we pass the previous hidden state and current input into a sigmoid function. That decides which values will be updated by transforming the values to be between 0 and 1. 0 means not important, and 1 means important. You also pass the hidden state and current input into the tanh function to squish values between -1 and 1 to help regulate the network. Then you multiply the tanh output with the sigmoid output. The sigmoid output will decide which information is important to keep from the tanh output.

For those of you who understand better through seeing the code, here is an example using python pseudo code. 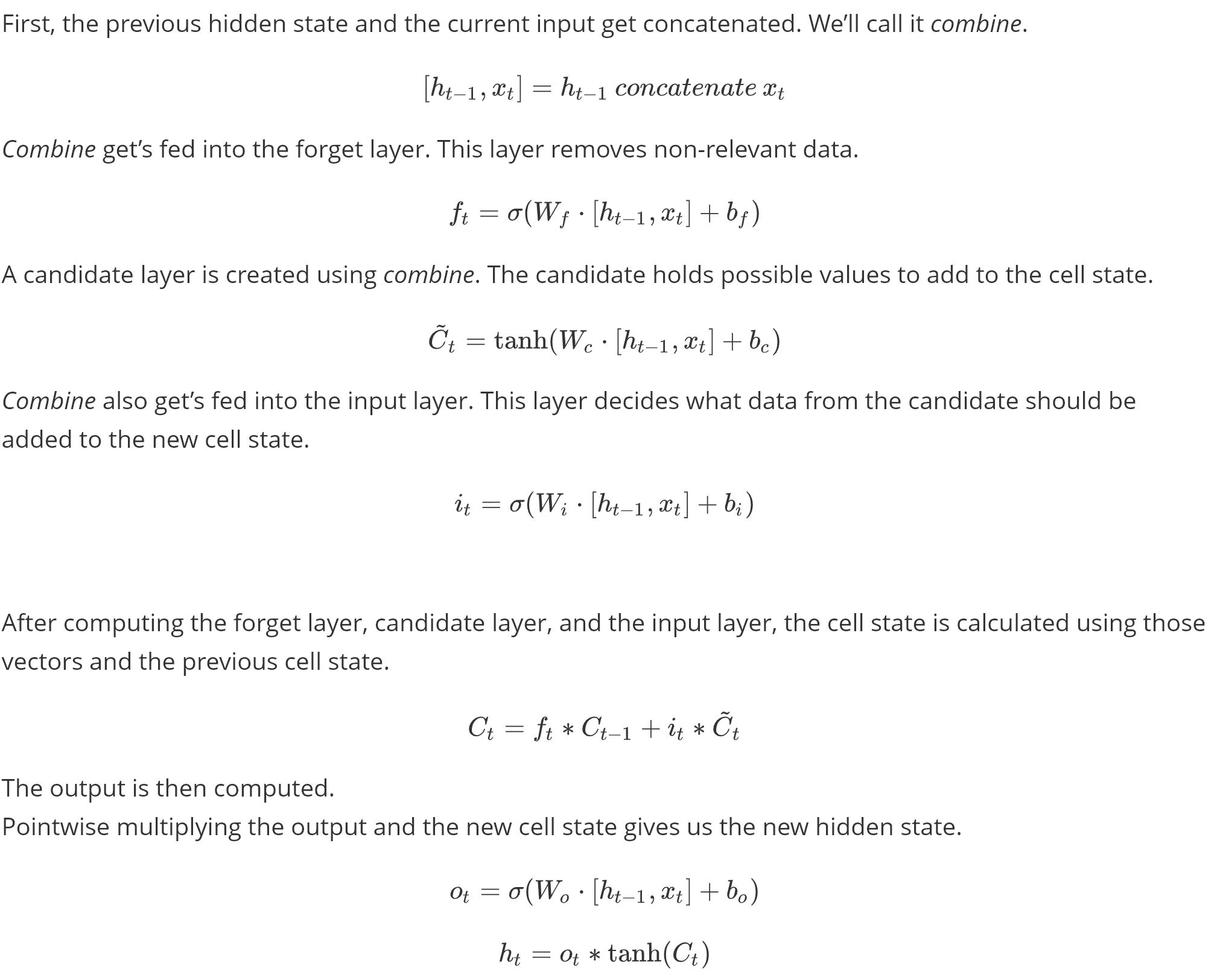 LSTM Networks Math of Neural Networks — from scratch in Python